On Wednesday, February 19th we’ll be hosting our Dinner Meeting at the Fremont Hills Country Club.

Scott Walsh is the Western United States Regional Development Manager for Judicial Watch, a conservative, non-partisan educational foundation. Judicial Watch promotes transparency, accountability and integrity in government, politics and the law. Through their educational endeavors, they advocate high standards of ethics and morality in our nation’s public life and seek to ensure that political and judicial officials do not abuse the powers entrusted to them by the American people.

You may remember that it was Judicial Watch that challenged Sanctuary City Laws in Santa Clara and San Francisco Counties, and they won a lawsuit in Los Angeles requiring County Elections Officers to clean up voter rolls. Come hear more about their important work to restore the rule of law! 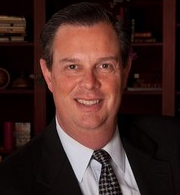